This Month in History

Pembroke Jones and the Playground Movement

On January 24, 1919, Pembroke Jones, “…one of the wealthiest and best known men in the South” died in New York. According to the New York Times, Jones was “…actively identified with railway and shipping interests in the South and prominent socially in New York and Newport, and owner in his home city, Wilmington, N.C., of a country estate, Airlee-on-the-Sound, one of the most magnificent in the South.” The bulk of Pembroke Jones’ estate was left to his widow and children, but he also left a bequest of $50,000 to the City of Wilmington for the establishment of a park and playground for the city’s white children.

Jones’ bequest reflects the rising interest in urban playgrounds in the US. In 1890, one public playground existed in the US; by the time of Jones’ death, there were thousands of municipal playgrounds in hundreds of cities. In the early 20th century, interested parties organized a national playground association, and various municipalities—including Wilmington—created local playground associations to push for the development of municipal outdoor play areas for boys and girls. Wilmington’s first municipal playground opened in 1916. The new amenity was close to Williston School, but Black children were not welcome at the site. Perhaps in response to this city council decision to provide taxpayer-funded amenities for only one race, members of the African American community took matters into their own hands and raised money and purchased playground equipment to enhance the playground at Williston School. A merry-go-round, see-saws, and more were added to the Black school’s playground in 1917.

This interest in developing spaces for children to play in the cities grew out of concerns about what growing up in urban environments would do to future generations of Americans. As more and more people lived in cities, politicians and experts wondered how urban life would affect the physical and moral health of the youth of the nation. Some experts and reformers were concerned that kids who grew up without exposure to safe outdoor spaces would become sickly delinquents. Supervised playgrounds were seen as one of the ways to ameliorate the challenges of urban childhood. When, in 1916, Wilmington’s first municipal playground opened, the Wilmington Dispatch called it a “disease preventative, a health preserver and a mental developer.”

Pembroke Jones’s playground bequest was formally accepted by the city in March 1919. By May, the city had bought land across from New Hanover High School between Market and Dock and 13th and 15th streets. The city hired an architect and developed a plan for the park that included lawns, shrubbery, a lodge, tennis courts and a baseball diamond, a wading pool, skating rink, sandpile, and playground apparatus. It took until the early 1920s for all the work on the park to be completed.

Pembroke Jones Park remained a city park until 1965, when it was taken over by the county school system, to help improve New Hanover High School’s access to athletic facilities. It is not clear how the city justified this change: articles suggest that the property technically remained a public park. Although the area no longer looks as it did in the park’s heyday, the vestiges of the park’s entrance sign can still be seen on Market Street.

To see more images related to this column, click here. 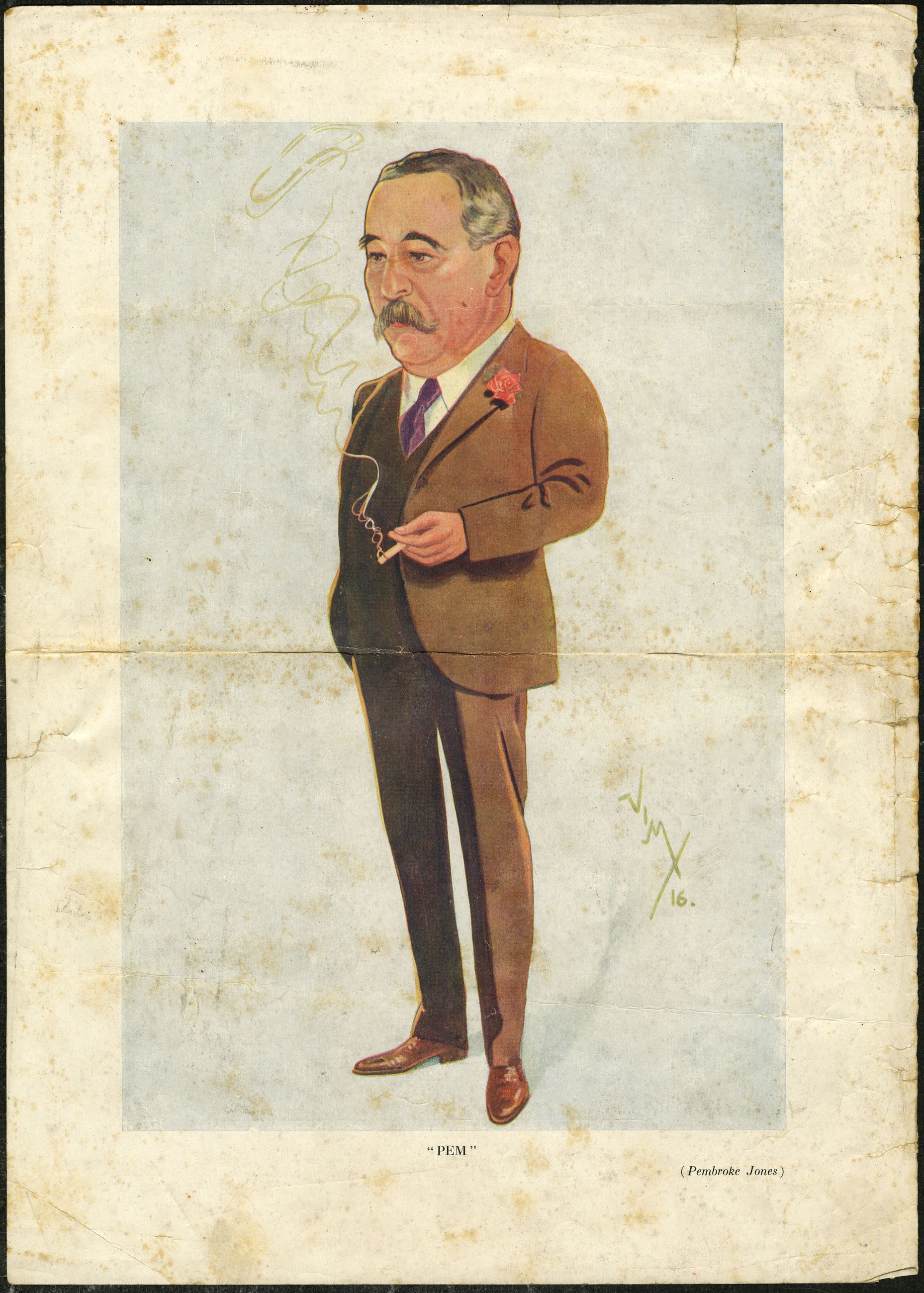 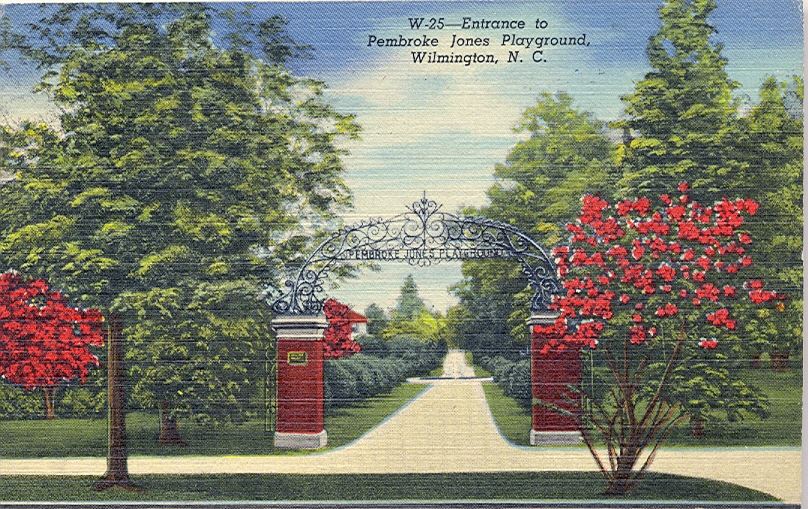 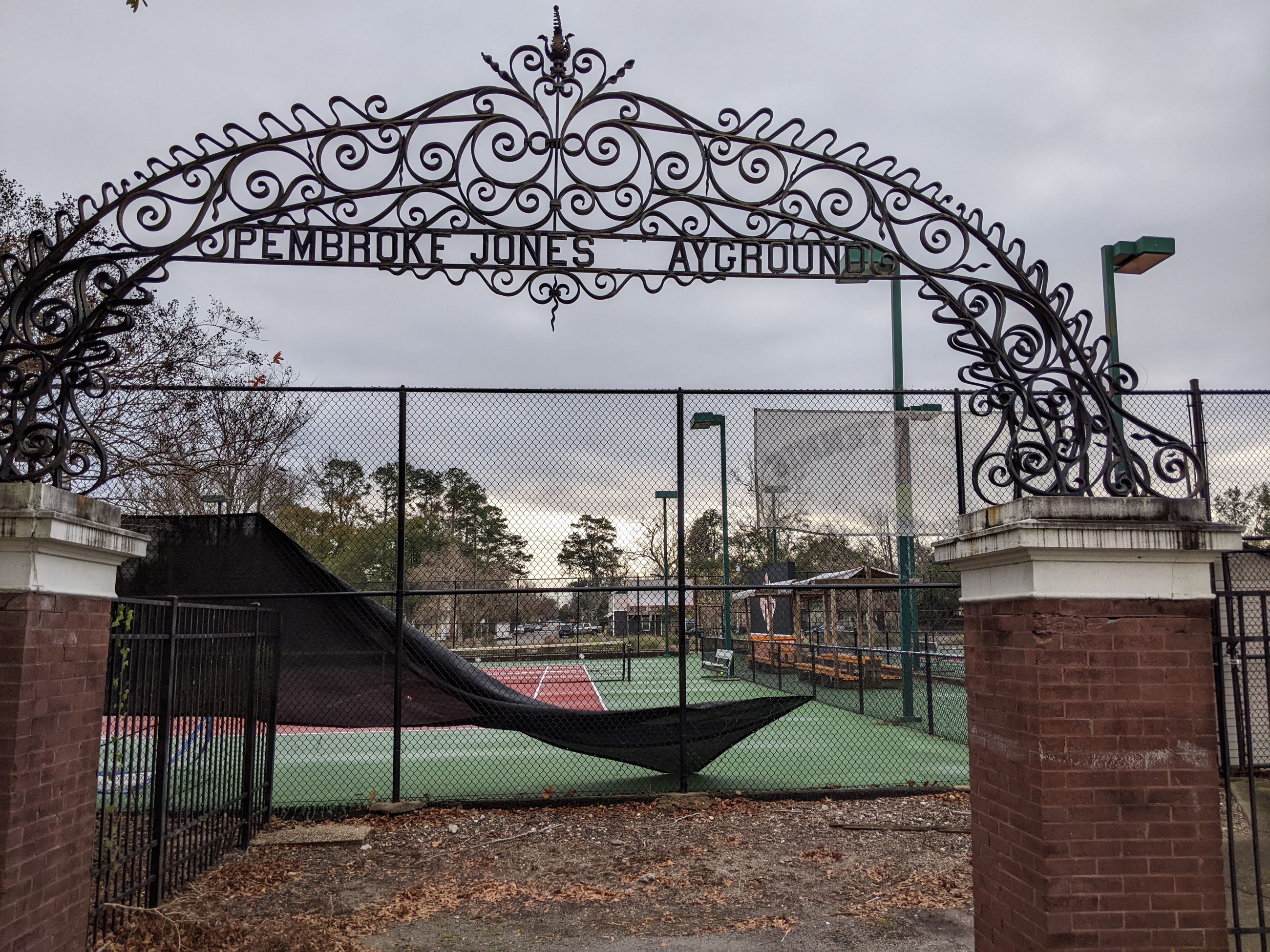