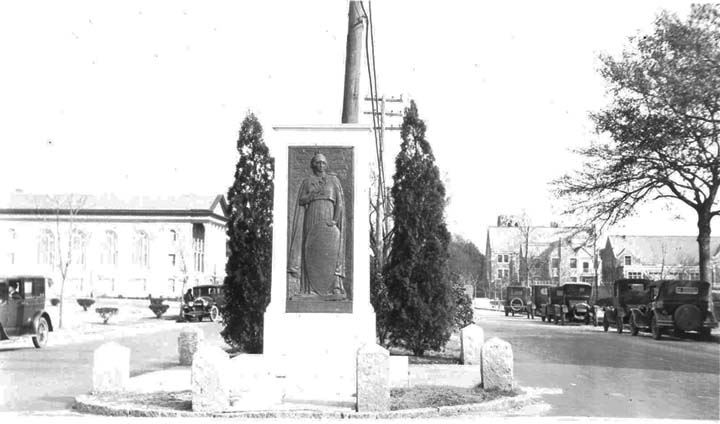 On Memorial Day, 1922, local citizens dedicated a monument to the county's war dead. For more than 50 years, the Memorial sat at Market and 13th streets, in the median of the main thoroughfare through town, and right outside New Hanover High School. In the 1970s, as the city moved to put an overpass across the street, connecting the two parts of New Hanover High school, the Memorial was moved and placed in front of the school.

In the spring of 2014, a group of people gathered to explore the idea of restoring, cleaning, and moving the memorial to the Riverfront. The Memorial was rededicated on November 11, 2014.

Cape Fear Museum's Historian January Davidson researched and posted about the history of the monument, its original dedication, and about some of the men who laid down their lives in one of the most devastating wars of the 20th century.