The SS. Charles C. Pinckney, named after a prominent South Carolinian from the Revolutionary era, was the 10th Liberty ship to be launched in Wilmington. Miss Margaret McMahon, a daughter of a shipyard company official, was the ship's sponsor. Her official "maid of honor" at the launch was then 14-year-old Wilmingtonian Katherine Rhett.

In the late 1930s, city leaders, under the auspices of Louis T. Moore (1885 to 1961) and the Chamber of Commerce, wanted a shipyard to come to the region again because of the economic boost it would provide. In June, 1940 the Shipyard for Wilmington Committee was formed. City Councilman J.E.L. Wade (1889 to 1980), known locally as "Hi Buddy" Wade, even went to Washington DC to lobby for a shipyard in Wilmington. The town was successful in its efforts to lure the industry to town. Wilmington beat out Morehead City for a yard, and the North Carolina Shipbuilding Company, which was a subsidiary of the Newport News Shipbuilding and Dry Dock Company, was built on the banks of the Cape Fear River in February 1941.

Originally, the shipyard was built on 57 acres and had 6 slips for keels. It expanded during the course of the war and by March 1943, there were three more shipways, and the site covered an additional 27 acres. By May 25, 1943, less than 2 years later, the yard finished its 100th freighter. And by war's end, the yard had produced 243 ships. After the war, the shipyard was dissolved quickly. The site became the state port.

Although the shipyard was a small part of the nation's bigger war effort, it had an enormous influence on life in Wilmington. Before the war, there were a few thousand manufacturing workers in Wilmington. During the war, Wilmington's shipyard became the largest employer in the state with more than 20,000 workers. The yard employed blacks and whites, men and some women. It ran three shifts, 24 hours a day. According to Helen Dobson's reminisces (she was a school teacher who worked at the shipyard in the summer) "When you got there, it was if you were arriving at a fairground. They had those noisy amplifiers going, lots of 'hullabaloo' and selling of things at seven in the morning! This place that was pure dirt before was just a mass of people!" 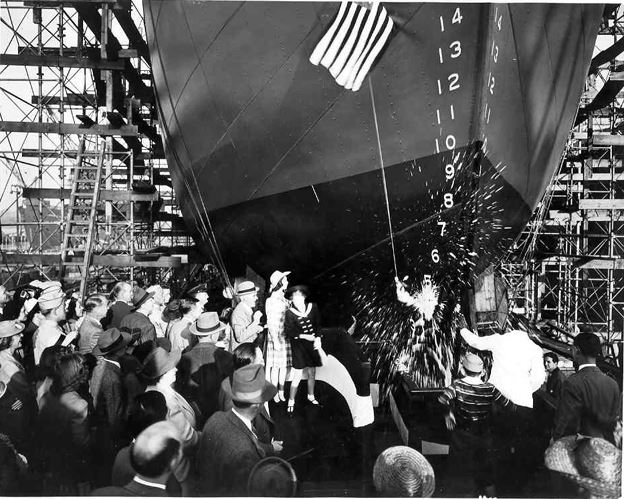