This hand-carved wood Canadian First Nations totem pole is signed by the artist Ellen Neel and dated 1953. The piece sits on a wood base with a plaque that reads, "Presented by Seaboard Lumber Sales Company Limited, Vancouver, British Columbia, Commemorating The First Cargo Of Douglas Fir And Pacific Coast Hemlock To Wilmington, NC./December, 1953." The totem pole is approximately 1 foot 10 inches high.

This small totem is one of two that came to Wilmington on the S S Cnosa on December 28, 1953. The Canadian ship docked at the state port at Wilmington and unloaded more than 1 million board feet of Douglas fir and hemlock from British Columbia. One of the totems was given to E C. Sanders, president of the Tabor City Lumber Company and the other went to George W Gillette, executive director of the North Carolina State Ports Authority. In 2012, Cape Fear Museum received George W Gillette's totem from his granddaughter. Although ships have come and gone for centuries carrying all sort of goods on the Cape Fear River, this shipment was news because it was the first shipment of foreign lumber to arrive in Wilmington after World War II and it was an early shipment to the new state port facilities two small totem poles. The totems were carved for the occasion by renowned Kwakiutl totem artist, Ellen Neel.

Colonel George W Gillette was born in 1888 and died in 1971. He served in the Mexican Border Campaign of 1916, World War I, and World War II. He was born in Onslow County, moved to Wilmington as a teen, graduated from NC. State in 1911, and was commander of Company A of the 30th "Old Hickory" division in World War I. Gillette served in the Army Corps of Engineers in around the nation, including in Wilmington, where he worked on the development of the Intracoastal Waterway. He retired from the army to take the helm of the North Carolina State Ports Authority in 1947. Gillette was the authority's first executive director and held that position until he retired in 1954. 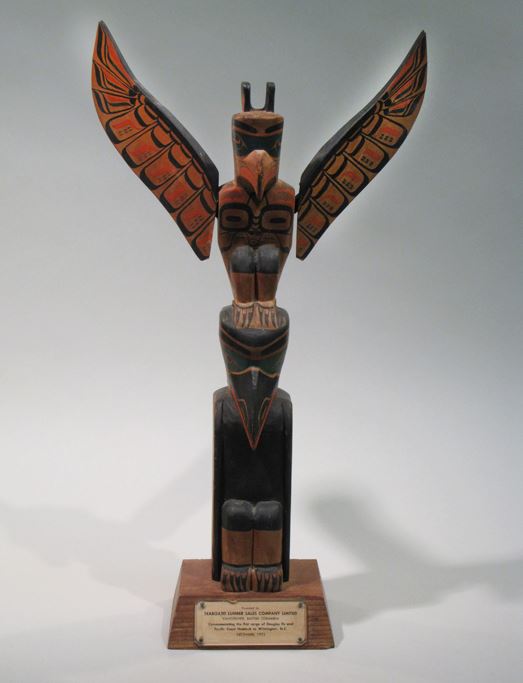