In 1984, the New Hanover County Planning Department donated this photograph to the Museum. A staff member found it, along with another image of the same march, in a file.

On July 14, 1977 a small group of protesters set out for Raleigh to present a petition to the governor of North Carolina asking to reduce the prison sentences of a group known around the state, nation, and world as the Wilmington Ten.

The march started in Burgaw, because that was where the Ten's 1972 trial was held. Marchers added to the length of their journey by marching back to Wilmington and then heading to Raleigh. The small protest was organized by Golden Frinks, field worker for the Southern Christian Leadership Conference (SCLC), a Civil Rights organization that was led by Martin Luther King, Jr. before he was assassinated. The marchers planned to reach Raleigh on the following Thursday, and petition for the release of the Wilmington Ten.

This July 1977 march had its roots in February 1971. At that time, tensions over the state of race relations in the local schools boiled over. Although the Supreme Court's Brown v. Board of Education decision had called for the desegregation of schools in 1954, New Hanover County dragged its feet over integration until the late 1960s. When the county did desegregate, the school board chose to quickly close the African American Williston Senior High School, rather than integrating it. Black students were sent to New Hanover High School and the relatively new suburban high school, John T. Hoggard. This caused a lot of upset feelings and increasing racial tensions.

And so in early 1971, during an African American student-led boycott of the high schools, violence erupted in the Port City. Two people were killed, there was extensive property damage, and Mike's Grocery Store was destroyed by fire. In the end, ten people, Reginald Epps, Jerry Jacobs, James McKoy, Wayne Moore, Willie Earl Vereen, William "Joe" Wright II, Connie Tindall, Marvin Patrick, Anne Sheppard, and Benjamin Chavis, field organizer for the United Church of Christ's Commission on racial justice, were tried and convicted on a series of felony charges. The Ten were sentenced to a combined total of more than 280 years in jail.

By the time of the 1977 march, the case against the Wilmington 10 was beginning to crumble. Witnesses for the prosecution had recanted their testimony, and the television show, 60 Minutes, broadcast a segment on the irregularities in the case. The pressure was on, and in January 1978, Governor James Hunt reduced the Wilmington 10's sentences. In December 1980, the U.S. Fourth Circuit Court of Appeals overturned their convictions. On December 31, 2012, outgoing Governor Beverly Perdue pardoned the Wilmington Ten. 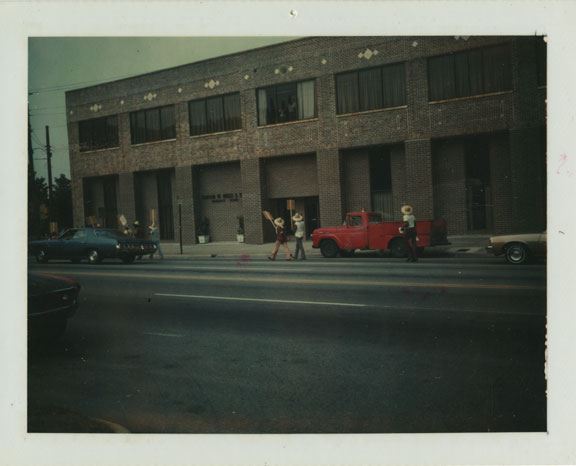