This washboard measures 18 by 8.5 by 1.5 inches, much smaller than washboards seen on television or in the movies. The washboard is about as tall as an average atlas and about half as wide. It is made of a wooden frame and grooved metal washboard. It is very worn, with the words partially rubbed off on the front. The front of the washboard says, "Dubl Handi. Use either side according to fabric. Columbus Washboard Co., Columbus, O." The back side of the washboard says, "Ideal for silks, hosiery, and lingerie, or handkerchiefs. Just the right size to fit a bucket, pail or lavatory. Packs easily into suitcase or traveling bag. Columbus Washboard Co., Columbus, Ohio."

Artist Claude Howell (1915 to 1997) owned this washboard. The washboard came from his home in the Carolina Apartments. The Columbus Washboard Company began marketing the "Dubl Handi" washboard in 1938. It was designed for the traveling salesman. The taglines for advertising were, "just the right size for a lavatory" and "packs easily into suit case or traveling." The manufacturer thought salesmen could use the sink of the hotel room for cleaning their clothes then pack the washboard easily into a suitcase. Howell probably took the washboard with him when he traveled around the United States and to Europe.

Originally started in 1895, Columbus Washboard Co. patented the "Bear Easy" washboard in 1907. A family-owned business until 1999, it is now owned by Jacqui and Bevan Barnett and Joyce and Larry Gerstner. The company continues to make the "Dubl Handi" washboard with the equipment they used in 1938. People buy the washboard today to do laundry, make music, and decorate their homes.

Artist Claude Flynn Howell was born in Wilmington in 1915 and was a lifelong resident of the city. Before becoming an art teacher, Howell had a day job with the Atlantic Coast Line Railroad. Mr. Howell claimed, "The job took no thought, so all day I would plan my paintings." A significant figure in the local art scene, Claude Howell was the founder of Wilmington College's Art Department. He taught at what became UNCW for 21 years. Mr. Howell's art has been shown in numerous venues including the Metropolitan Art Museum in New York City, the Rosenwald Fund Museum in Chicago, the Mint Museum in Charlotte, and in Italy at the Palazzo Venezia in Rome. 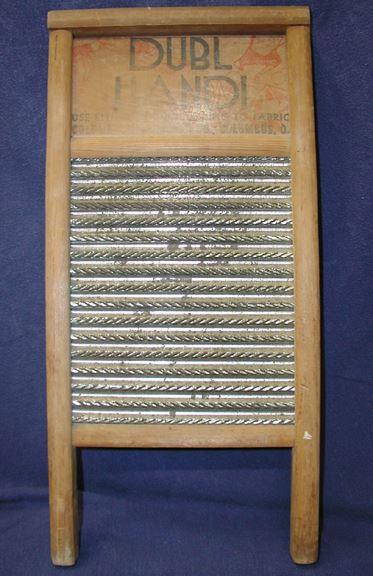