This clear glass nipple guard is 1.58 inches high and 2.76 inches wide. One side is rounded and the opposite side is flat with a small hole leading to the hollow interior.

In 1999, Betty Desjardins, a resident of Wilmington, NC, donated this nipple shield to the Cape Fear Museum. It was used by her great grandmother, Virginia Ann Guerant (1839 to 1904). Virginia Guerant married Victor Moreau Holderby on November 7, 1854 and used this nipple shield while she was nursing all eight of her children. The Holderbys lived in Ruffin, Rockingham County.

As early as the seventeenth century, nipple shields were used to prevent and treat ulcerated and cracked nipples caused by nursing infants. These nipple shields had small holes in the area where the nipple is located when it was worn, and a cow teat was typically fitted over the shield to be used while nursing a child. Another form of nipple shield that became popular in the nineteenth century were of the kind you see above. A nursing woman would wear this nipple shield/receptacle to catch any excess milk that may have escaped throughout the course of the day. 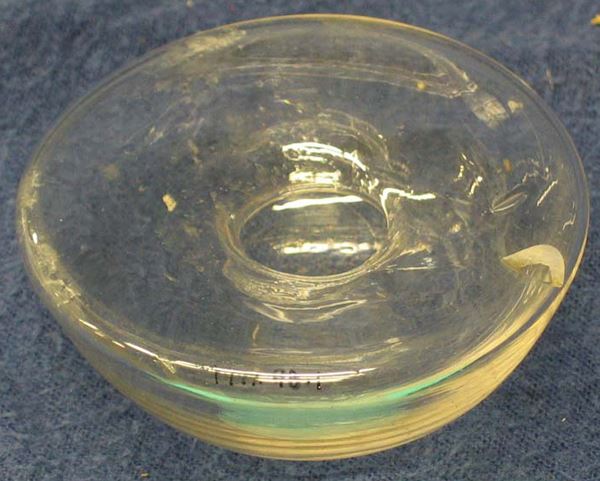