This black-and-white photograph of the Savage-Bacon House, taken by an unknown photographer, measures 3.5 by 3.5 inches.

In 1982, the estate of Ida Brooks Kellam (1895 to 1981) donated a collection of 123 photographs to the Museum. This image of the Savage-Bacon House, located at 114 South Third Street in Wilmington, was among the collection.

In 1909, Percy Reece Albright (1866 to 1936), vice-president of operations at the Atlantic Coast Line Railroad, remodeled the house in the Neoclassical Revival style. The house is currently a bed and breakfast called the Rosehill Inn.

In 1897, Bacon opened his own architecture firm, Brite and Bacon. The firm separated in 1902 and Bacon continued on his own. Although he is best known for designing the Lincoln Memorial in Washington, D.C., Bacon also designed homes in Wilmington, and the monument to the soldiers of the Confederacy on Third Street. Bacon died in 1924 and is buried in Oakdale Cemetery with his parents. 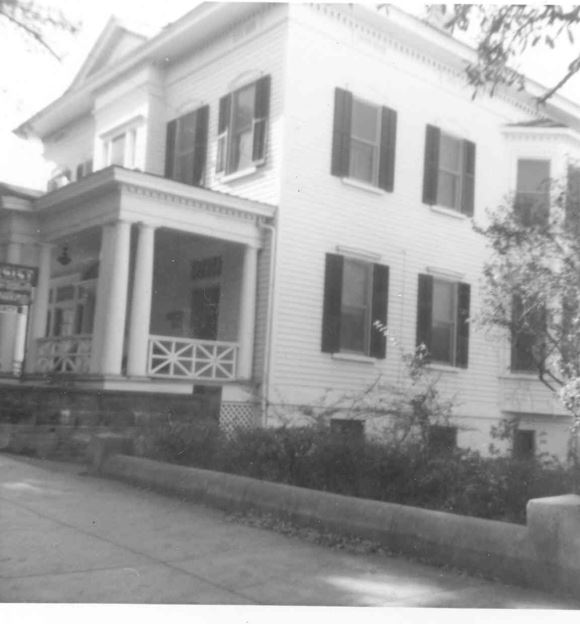