This round decorative pin was given to visitors as part of the price of admission to the festival. It is one and three quarters inch in diameter, and is adorned with a black and white illustration of the lighthouse. It was designed by Dennis Walsak.

In 1989, then, Museum employee Harry S Warren gave Cape Fear Museum a small collection of materials relating to an event he attended on Bald Head Island.

That event was called "Two Hundred years of Light by the Light." During the festivities, people could see life saving demonstrations and fireworks, hear sea chanteys, learn about the lighthouse's history, view artifacts from the Life Saving Museum of Virginia, and take a tour of a Coast Guard Cutter and a rescue helicopter from Cherry Point. There was also an arts and crafts show with the work of a dozen, mostly North Carolina artists. A dinner, held from 6 to 8 pm at the island's River Pilot Café, was held to benefit for the Old Baldy Foundation. Speakers at the $30-a-plate dinner included retired Coast Guard Capt. Robert Bennett, UNCW professor Alan D. Watson, and Brunswick County State Representative David Redwine.

The celebration ran from noon until 9 pm and cost $12 to attend (with the ferry ride included).

"Two Hundred years of Light by the Light" was held to mark the 200th anniversary of the passage of the U.S. Lighthouse Act. That 1789 act was passed by the First Congress of the United States, and signed into law by George Washington on August 7, 1789. The federal government's quick action to place the nation's lighthouses under their authority illustrates how important the nation's rivers and ocean were to eighteenth-century life. For centuries, the ocean and the river were the region's primary transportation routes. Lighthouses and other navigational aids helped guide vessels in the nation's waterways. The bicentennial celebration of the Lighthouse Act was held on Bald Head Island in part because of the longstanding link between the Island and lighthouses. Bald Head Island's first lighthouse was funded by the 1789 act and completed in 1795. It was pulled down in 1813. Its replacement, known as "Old Baldy," was built in 1817 and is the oldest extant lighthouse in North Carolina. Old Baldy has changed over the years, as new technologies such as the fresnel lens have been added to better illuminate the waters. And yet, regardless of those technological changes, it has stood as a constant beacon and navigational aid, shining on mariners through nearly two centuries of both peace and war. 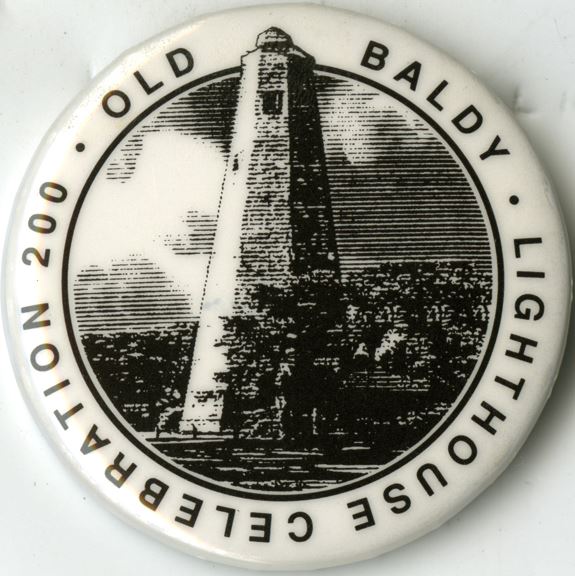