This game includes a master control unit with electrical cords, player controls, game switch, overlays for the television, game cartridges, and other accessories.

The Odyssey is considered the first home video game console. This is one of the earliest versions. To play, you had to put an overlay onto your television set. There were two sets of overlays for different sized televisions. Six cartridges came with the game. Odyssey was marketed as "a total play and learning experience for all ages." You could play roulette and "Simon Says," as well as tennis, skiing, and football. This video game was bought for local children Jeffrey Lee and Alan Mark Zimmer. In 1946, Bill and Roberta Zimmer moved to Wilmington and bought a downtown jewelry store that they renamed Reeds. The couple had four children. The two younger Zimmer boys were both teenagers when this game came out. 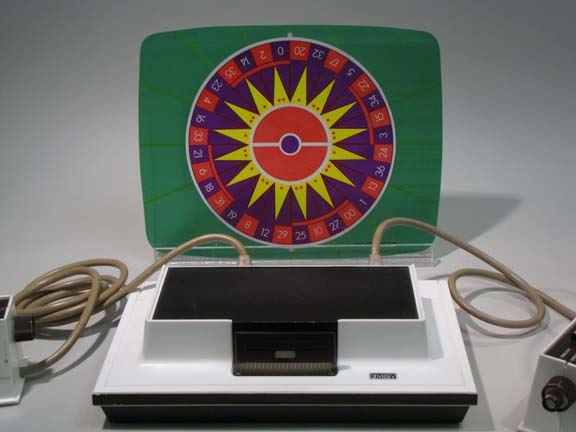