In 1992, Margaret Coleman Getty Wilson (1927 to present) donated an adorable picture of herself from the Feast of Pirates' baby parade to the Museum. Wilson wore a Hawaiian-themed costume and carried a ukulele. She won first prize in her age category, and donated the photograph, and the trophy, to Cape Fear Museum. Little Margaret was two and a half at the time of the competition.

The Museum's collection documents all three years of the Feast of Pirates. It includes trophies, bunting, programs, sheet music, pins, and photographs of the events.

For three short years in the 1920s, Wilmington hosted a Feast of Pirates, which the organizers advertized as full of "fun, frolic and friendship." On August 10, 11th and 12th, 1927, the first Feast of Pirates took place. "Pirates" sailed up the Cape Fear River, and took over the town. Each year during the festivities, there were a slew of events: pageants, parades, songs, dancing, boat races, baby parades, illuminated boat parades, and a bathing beauty contest. Local lore claims the festival was bawdy and raucous fun and that after three years of drunken street revelry, town elders squashed the event.

While some of the nighttime festivities may have got out of hand, the Museum's collection also shows the wholesome side of the event. In 1929, Margaret Getty won first prize in section 1 (eight months to three years old) of the baby parade. 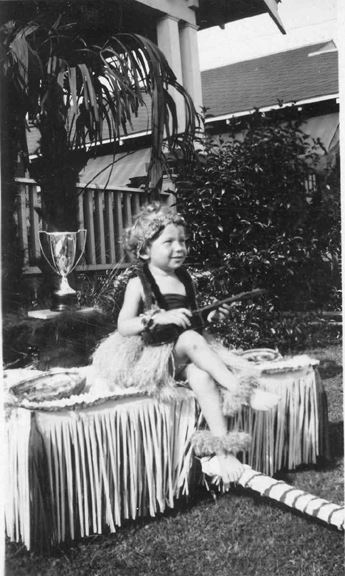