This handbill is a folded piece of paper, measuring 6.03 inches high and 4.42 inches wide.

Cape Fear Museum has a number of images and artifacts that help tell the history of movie-going in Wilmington. One especially rich collection came to the Museum in 1985. At that time, a couple who had been trash picking off Kerr Avenue found a box of old movie handbills. The Museum bought the collection.

These handbills are the definition of "ephemera:" something that was designed to be used for a short time and then thrown away. The fact that more than 400 from the late 1920s and early 1930s survived is astounding.

Movie-going has a long and rich local history. Wilmingtonians have been going to the movies for more than a century. By 1930s, going to a show was a commonplace, affordable, form of entertainment. Paris Bound cost 15 cents for a matinee, a quarter at night, and 10 cents for kids under 10.

By the 1930s, many movie theaters like the Bijou, located on North Front Street, were housed in purpose-built buildings, designed for showing films. In contrast, in the early years, Wilmington's theaters were often opened in converted storefronts. When the Bijou opened in 1906, the theater was a tent.

Despite its humble beginnings, the theater flourished and the Bijou's owners Percy Wells and James "Foxy" Howard built a building in the 1910s, and they quickly became local movie theater moguls. From 1916 to 1933, their company, the Howard-Wells Amusement Company, controlled most of the movie theaters in the city. Although the two men's business partnership didn't survive the depression era, the Bijou stayed in business until 1956. 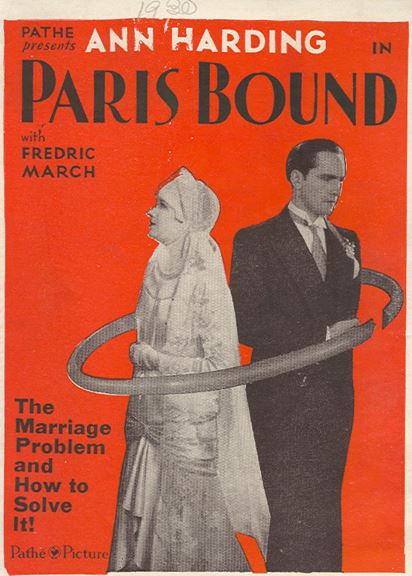