This cane is made of wood, and has a gold metal top. The words "Presented To Sol Bear, President, Congregation, Temple of Israel, Wilmington, May 12 1876" are inscribed on the rounded gold head which is etched with floral and other decorative designs.

On May 12, 1876, Wilmington's Temple of Israel, the first synagogue in North Carolina was formally dedicated. One of the men whose hard work helped turn the dream of a synagogue into a reality was Solomon Bear (1830s to 1904). Solomon Bear was president of the Temple of Israel from 1872 to 1904 and he was active in the efforts that went into raising the funds to build the Temple. In May, 1876, Solomon received a commemorative cane when the temple opened.

Mr. Bear, and two of his brothers, Samuel and Marcus, came to Wilmington from Germany in the early 1850s. The brothers initially went into business together, as dry goods merchants. By the 1880s, that first partnership dissolved and the brothers branched out into a range of business activities. Members of the family owned and operated a number of mercantile endeavors in Wilmington, including Sol Bear and Company, which got into the wine business.

More than one hundred years later, one of Solomon's grandchildren, Henry Sternberger (1907 to 1984), left the exquisite cane to the Museum in his will. Henry was the son of Rebecca Bear (1874 to 1950) and Isadore Jacob Sternberger (1868 to 1911). The Bear and Sternberger families were connected through multiple marriage ties: three of Solomon Bear's daughters married three Sternberger brothers.

Wilmington had a small Jewish population in the 18th century, which grew in the 1840s and 1850s when a number of German-Jewish immigrants came to the city. In 1852, the Jewish community formed a charitable organization to raise funds to purchase land for a Jewish burial ground. This tract of land is within the present day Oakdale Cemetery but is gated off and called the "Hebrew Cemetery."

In 1867, the Wilmington Hebrew Congregation was formed and briefly held orthodox services. In December 1872, local Jews began to meet in the home of Abraham Weill. These home meetings were the beginning of Mishkan Yisrael or Temple of Israel.

Since that first Temple formed, a number of other synagogues in Wilmington have been founded, including the B'Nai Israel. In the late 1890s, Jewish immigrants from Eastern Europe began coming to Wilmington. They formed the B'nai Israel Society, which was a more Orthodox group. The B'nai Israel Synagogue's cornerstone was laid in 1913. In the 1950s, as Wilmington grew, the B'Nai Israel decided to move to its current location at 26th and Chestnut streets.

By 2008, Jewish members of the community had the option of attending Orthodox, Reform, and Messianic temples in the city. 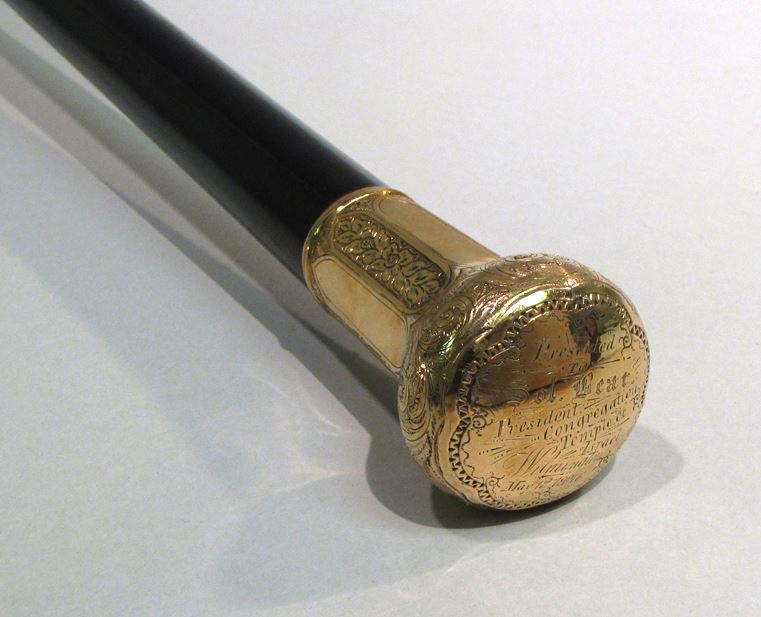 Gift of The Estate of Henry Sternberger