This commemorative badge, is 5 and 11⁄16 inches long and 1 and 15⁄16 inches wide. It is comprised of a gilt brass pin and a red ribbon. The ribbon is marked "N.C. Div. U.C. Veterans REUNION, Wrightsville, NC, August 14th through 17th, 1901." The pin is marked "North Carolina." The manufacturer is unknown.

In August 1901, 40 years after the Civil War broke out, a group of more than 500 Confederate Veterans from the State of North Carolina gathered together for an encampment and reunion at Wrightsville Sound. According to the Morning Star, visitors to Wrightsville would "…find the old soldiers observing strict routine and enjoying themselves as only veterans of a civil war can."

On the afternoon of August 15th, the "old soldiers" were addressed by a fellow Confederate veteran who, beginning in 1872, represented North Carolina in the U.S. Senate for more than 20 years. Senator Matt W Ransom, who had been officially pardoned for his actions in the war by President Johnson in 1866, declared that soldiers from the south had "…never been equaled in history. They were not rebels but patriots."

The 1890s and early 1900s were filled with Civil War reunions. People who had fought in the war, and those who simply remembered it, were dying in greater numbers. So groups formed, in part, to honor those who remained, and to keep the memories of the war and those who died in it, alive. The national U.S. Army veterans group, the Grand Army of the Republic, was formed quickly after the Union victory. On the Confederate side, while local veterans joined together to remember their war experiences, it took longer for national organizations to form. The United Confederate Veterans group was organized in 1889. The Daughters of the Confederacy (forerunner of today's United Daughters of the Confederacy) was founded in 1894. These groups, along with the Sons of Confederate Veterans, worked to memorialize the Southern cause and to promote the idea that those who fought on the losing side did not die in vain. 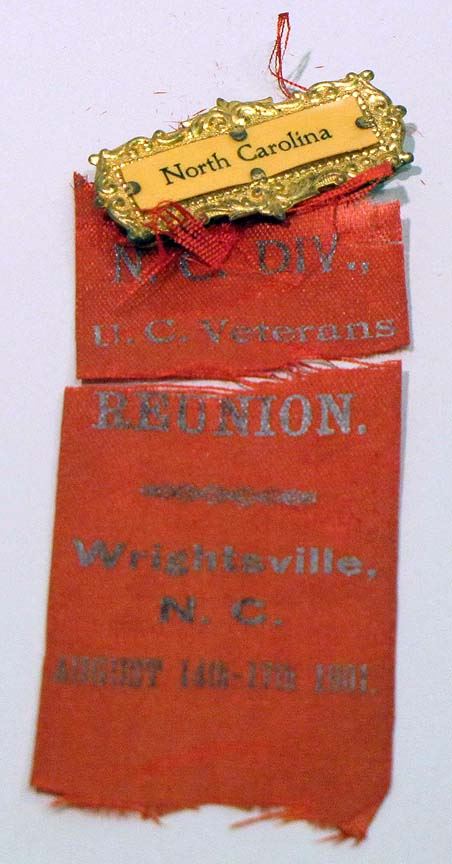