This booklet was issued by the War and Navy Departments in August of 1945 as an official guide for military personnel on how to conduct themselves in peacetime and battle. Black in color with a gold discharge button on the cover, the booklet of 89 pages measures 4.3 inches by 5.3 inches.

This booklet was donated to the museum in 1990 by Clara Vanderwal Sternberger, the wife of Solmon Bear Sternberger (1909 to 1964). Sternberger was a Private 1st class, U.S. Army, and received the booklet upon his release from active duty in World War II. A native of Wilmington, Sternberger was the son of Julius Sternberger (1871 to 1933) and Lillie Bear Sternberger (1881 to 1939). He attended New Hanover High School and received his LL.B. degree from University of North Carolina in 1933. He was admitted to the Bar in 1934 and served as the president of the New Hanover County Bar Association from 1962 to 1963. On June 3, 1943, Sternberger enlisted in the U.S. Army at Fort Bragg, NC and began his service on June 17, 1943 stationed first at Kansas and then Antwerp, Belgium. He was given a military burial after his death in February of 1964 in the Wilmington National Cemetery.

The Going Back to Civilian Life booklet was issued to every individual separated from active service in the Armed Forces. Focusing on the reestablishment of civilian life, the booklet contains chapters including: Going Home, Keep them Protected, What about a Job, Your "G.I. Bill of Rights", Additional Facts for Your Future, What the Disabled Veteran Should Know, Benefits for Dependents, and a Personal Records section. According to the U.S. Census, approximately 16.1 million Americans served in World War II from 1940 to 1946; 361,000 of whom were North Carolinians. 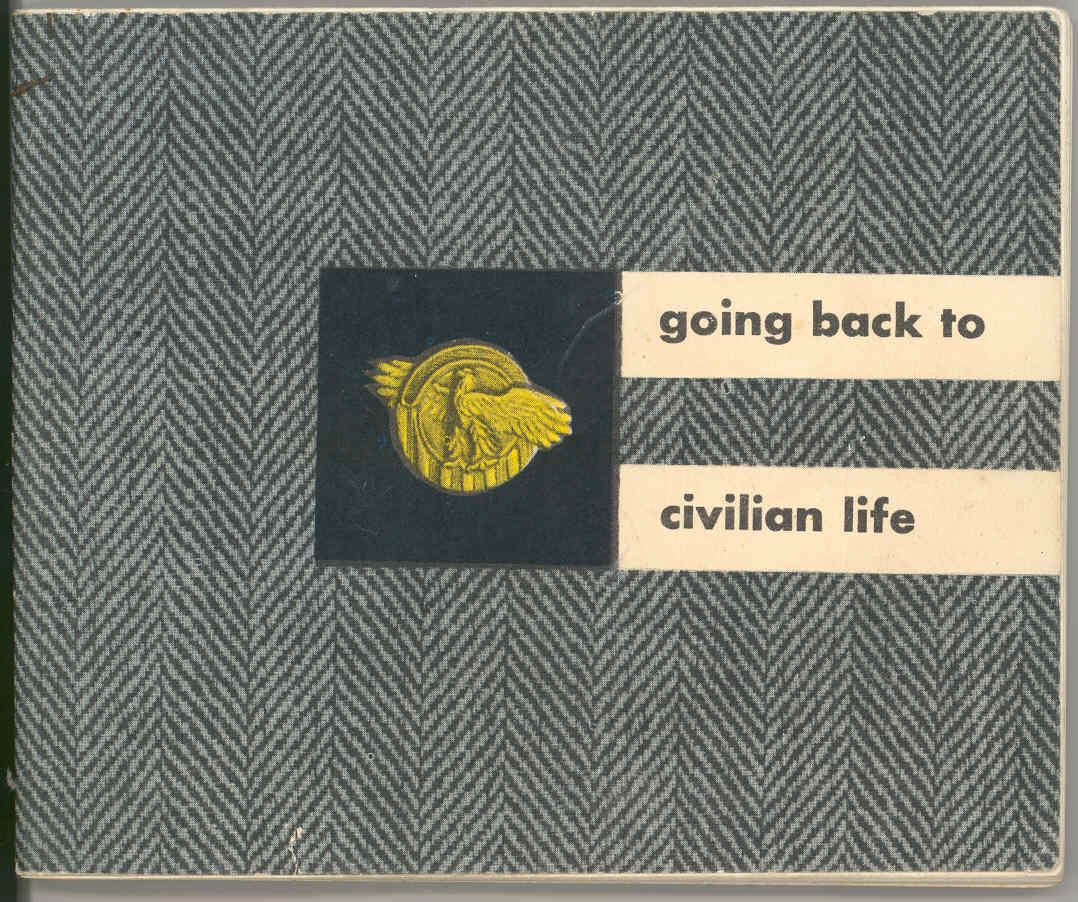