This charge plate belonged to local artist Claude Howell (1915 to 1997). Howell donated a large collection of materials to the Cape Fear Museum in his will. Howell lived and worked in Wilmington for most of his life. By the 1950s, when he used this charge plate, he was a well-known artist, and he taught at Wilmington College, the predecessor to UNC Wilmington.

Belk department store was founded in 1885 in Monroe, North Carolina by William Henry Belk. Belk formed partnerships with merchandisers in various markets which resulted in hyphenated names. Belk opened its first store in Wilmington, Belk-Williams Co., on the on the 200 block of N Front Street in 1917. In 1952, the store became Belk-Beery. This name change coincided with a move to 201 Chestnut Street In 1979, Belk-Beery moved their operations from Chestnut St. to Independence Mall. In 2000, Belk opened a second Wilmington location on Military Cutoff Road and, in 2007, a third store opened in Mayfaire Towne Center. 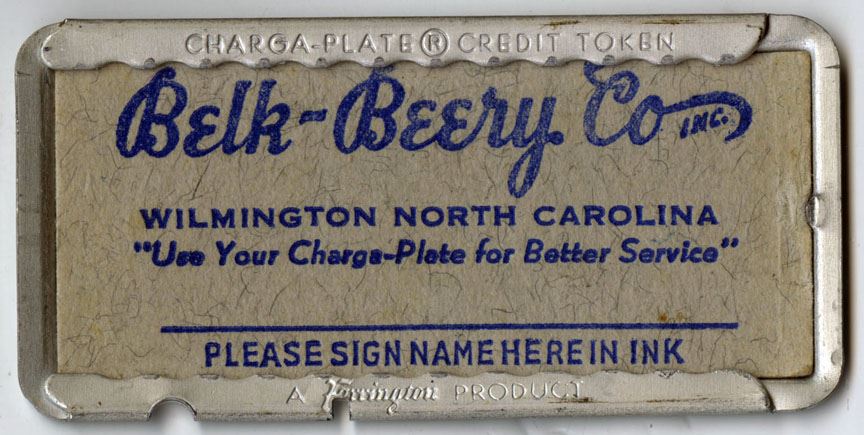 Gift of the Estate of Claude Howell