The Hyman Guide: Everything for the Mill, August 1922

Both stores remained in operation until 1923 when the New Bern store was closed due to financial trouble and T.G. Hyman retired, leaving the Wilmington store under the direction of Mr. Joseph B. Rice, the previous Vice President. In 1944, the remaining Wilmington store, then listed at 261 N Front Street, was sold to C.M. Harrington Sr. and WG. Broadfoot, Harrington having been listed as Secretary, Treasurer, Manager under the Presidency of J.B. Rice. In 1949, a new branch was opened in Fayetteville, NC and is still in operation under the name of Diamond Hill Plywood Company. Diamond Hill Plywood purchased the original Hyman Supply Co. in December of 1975 from the Harrington family. Today, Diamond Hill Plywood is based out of Darlington, SC. 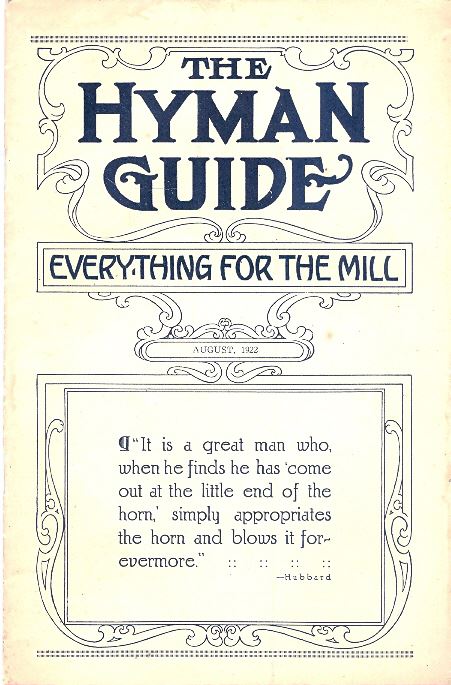